Red Bull Magnitude, a women’s big-wave video contest, will take place across the Hawaiian Islands during December 1, 2020 - February 28, 2021. The inaugural event will put the top waterwomen to the test and exemplify what it means to be a big-wave charger.

The three-month contest will take place at iconic breaks across Hawaii such as Jaws on Maui, Waimea Bay, and the outer reefs of Oahu's North Shore. Film crews will be on-hand to capture the action when the surf shows a sustained 15-foot Hawaiian wave height. Competitors will have the option to work with their own film crew at any Hawaiian break so long that the waves captured meet the noted criteria.

There will be $40,000 in prize purse on the line with the “Overall Performance” winner set to receive $25,000. This award will be given to the surfer who showcases the most consistent and progressive big-wave rides over the course of the season. The “Runner Up,” “Best Ride,” and “Biggest Wave” category will each hold a $5,000 award.

An esteemed panel of judges will determine the winners:

Betty DePolito: One of the first women to surf Pipeline

Judges will convene from March 1-15, 2021 to select category winners, culminating in an awards ceremony on March 15. Additionally, the “People’s Choice” award presented by Yeti, will open to public vote here during this time. 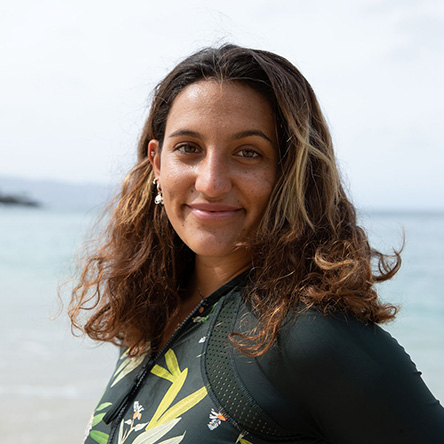 Kelta O'Rourke was born and raised on the island of Kauai. She has been surfing since she was 6 years old and had her first big-wave session at 12 and caught a ton of waves. Kelta was instantly hooked and wanted to keep getting bigger and bigger waves. She currently resides on Oahu and attends the University of Hawaii at Manoa.